Home > The Immaculate Heart of Mary

TO SUMBIT YOUR PRAYERS OF INTERCESSION AND THANKSGIVING TO OUR LADY OF FATIMA, PLEASE CLICK HERE.

Since the mid-1970s, the Confraternity of Christ the Priest has been in possession of the Pilgrim Statue of Our Lady of Fatima, originating from Fatima Portugal in 1949. It travelled throughout Australia promoting devotion to the Immaculate Heart of Mary and the apparitions of Our Lady of Fatima. The travelling statue had a significant impact on the various Australian dioceses and parishes that it visited. See an attached historical report (below) from the CCS contact magazine back in 1965. This is just one example of an extraordinary healing that took place in Wagga Wagga, NSW.

The Confraternity of Christ the Priest from its inception has promoted the Immaculate Heart of Mary and the particular devotions of Our Lady of Fatima, and the Green Scapular. 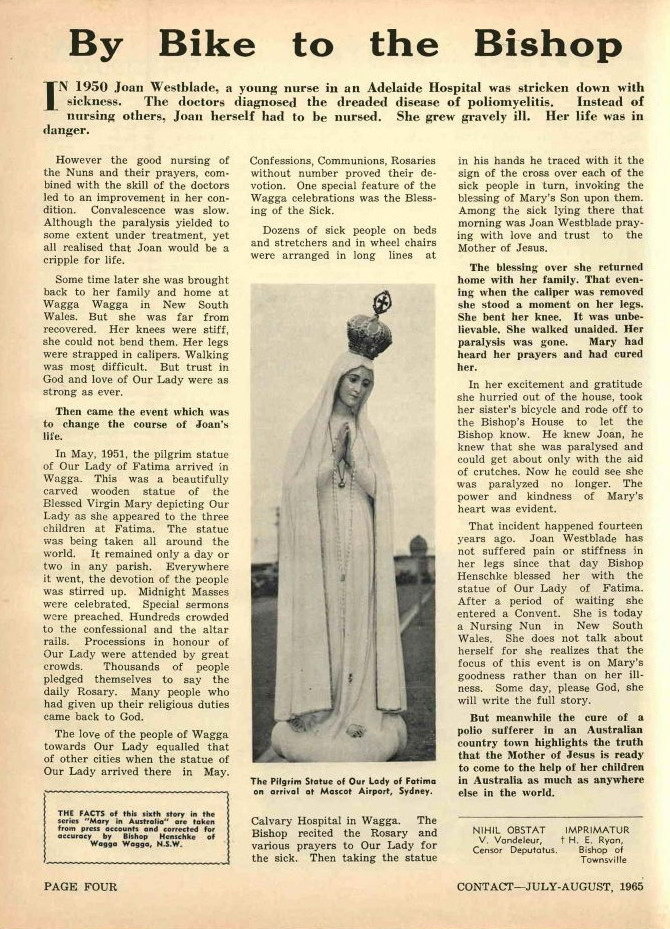