Zeal is that burning love
for God

that yearns to see every human heart
ardently loving and adoring Him,

and that burning love
for souls

which thirsts to see all people
possess their greatest good
and their eternal happiness
in God.

As of Sunday 12th January 2014, according to Australian Bureau of Statistics estimates, Australia’s population = approximately 23,349,571 people. Of these, more than 20 million are Churchless: they either do not know Jesus, or they do not adore Him.

Is it really that bad? Yes. Because while about 5.9 million Australians claim they are Catholic (˜25.3% according to the 2011 Australian census), less than 2 out of every ten of these go to Mass. Do they really know Jesus and His hopes for them? Almost 96% of Australia’s population, somewhere around 22.4 million people, do not go to Mass.

Even if we add all the Christians who are separated from the Catholic Church, from the full message of Christ and from the full means of salvation (the Most Blessed Sacrament, Confession, Our Pope etc), Australia still has less than 1.9 million regularly practicing Christians today. That means more than 21.4 million Australians don’t go to any place of prayer to pray to Jesus. “He who believes and is baptized will be saved; he who does not believe will be condemned.” (Mark 16: 16)

The Confraternity of Christ the Priest is a missionary group of priests and brothers – for Australia!

The hearts of the members of the Confraternity are totally aflame with the fire of zeal. Zeal is that burning love for God that yearns to see every human heart ardently loving and adoring Him, and that burning love for souls which thirsts to see all people possess their greatest good and their eternal happiness in God.

The members take Jesus as their model – it mattered to Him immensely whether these sheep without a shepherd heard the Good News or not, whether they would be saved or not. He gave His life for this.

How and Why the Confraternity began 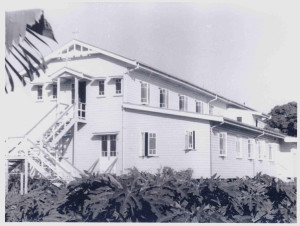 The idea of the Confraternity began to develop in 1947 with a Redemptorist background.

Census figures in the late 40’s and early 50’s showed that about 70% of Australians never attended a Church, except perhaps for a wedding or a funeral. A huge mission field was calling for missionaries right here in Australia. Pondering on this need over nearly a decade led to the plan for a new organisation to undertake a new apostolic approach to the churchless.

CONGREGATION FOR THE DOCTRINE OF THE FAITH

DOCTRINAL NOTE ON SOME ASPECTS OF EVANGELIZATION