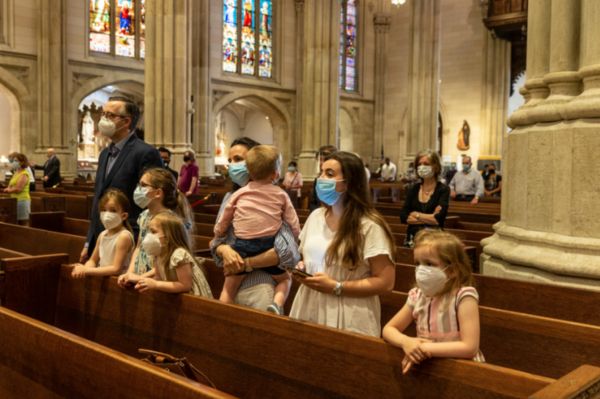 In the past decade, Catholics saw a twice-as-steep decline in members than did Protestants, which saw a 9% decline in professed members of churches from 73% to 64%.

The report, based off a Gallup poll of more than 6,100 U.S. adults from 2018-2020, was published on Monday. Gallup says it asks Americans about their “religious attitudes and practices” twice per year.

In canon law, a baptized Catholic’s membership at a parish is conferred by territorial residence and not strictly by registration. The sacrament of baptism

According to the report released on Monday, overall membership in houses of worship has continued its pre-existing decline in the U.S., reaching a record-low point of 47% in the survey conducted from 2018-2020. The figure is the lowest since Gallup began its survey in 1937, when 73% of Americans identified with a church or house of worship.

“The U.S. remains a religious nation, with more than seven in 10 affiliating with some type of organized religion,” Gallup stated. “However, far fewer, now less than half, have a formal membership with a specific house of worship.” While this could be due in part to the ongoing coronavirus pandemic, the report said, “continued decline in future decades seems inevitable.”

The report follows pre-existing trends of a rise in the “nones,” Americans who do not identify with any religion in particular, as well as decades-long declines in weekly church attendance.

This decline in membership was even more pronounced among Hispanic Americans, among whom only 37% say they are a member of a church.