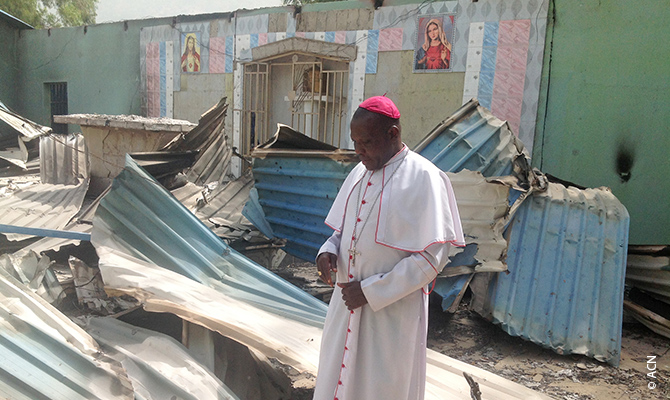 1960 has sometimes been called the Year of Africa, since in that year 17 African countries gained their independence from former European rule – 14 from France, two from Great Britain, and one from Belgium. Cameroon became independent on the first day of the year, followed by Togo, Madagascar, Somalia and the Democratic Republic of the Congo. August will mark the anniversaries of nine other countries, namely Benin, Niger, Burkina Faso, Ivory Coast, the Central African Republic, the Republic of Congo (Congo Brazzaville), Gabon and Senegal. Three more anniversaries will follow after this, namely Mali, Nigeria, and Mauritania.

Many experts view this as an occasion not so much to celebrate but rather to reflect upon and for this reason the international Catholic pastoral charity and pontifical foundation Aid to the Church in Need (ACN International) spoke to Father Apollinaire Cibaka Cikongo, a Congolese priest and Dean and Professor at the official University of Mbuji-Mayi. He is also president of the Ditunga Project and author of around 30 books and articles of theology, social commentary, and literature. He was interviewed by Maria Lozano of ACN.

ACN: 60 years after independence, Africa continues to suffer enormous conflicts. In fact you yourself remarked recently that they have been 60 years of failure that have turned Africa into the continent of violence. Is that not a very harsh analysis?

Apollinaire Cibaka: No, it is the truth. The current state of Black Africa is not the fruit of a positive dynamic but rather of a dynamic of violence caused by the Western conquest of Africa – the treatment of Negro slaves, colonialism, the false independences, the Cold War, the dictatorships, and the apparent democracies. Activated both from within and from without, this violence is a constitutive feature of Black Africa, to the extent that it has become a geopolitical entity built upon violence, suffering from violence and living from violence.

This violence is most visible and cruel in the series of wars that have marked the 60 years and which continue to unfold in Africa today. Why is this?

Precisely. The physical violence concludes each year, and pitilessly, with the lives of thousands of people. There are many factors causing these wars to break out, but I will single out three of them: first, the conflicts caused by “failed coexistences”, the result of artificial geopolitical configurations, of the internal and external power interests which manipulate and create conflict between the different African peoples. Secondly, the wars caused by greed and covetousness, by the economic interests of certain indigenous groups and international powers. The struggle for the control and exploitation of its immense human and natural resources is costing many human lives in Africa. And finally, the religious wars by means of which certain peoples and cultures are being forcibly converted and which currently, in the case of Islam, have assumed an expression of violent terrorism, blind, absurd and gratuitous in the name of causes that have nothing to do with the vital interests of the African people.

You spoke of greed. It is a paradox that in Africa, the greater the natural resources, the worse the poverty and abandonment suffered by the people. What are the reasons why, after 60 years of independence, this situation hasn’t changed?

It should not be forgotten that our economy is built around the interests of the major powers which subjected us, and likewise by the new ones coming from Asia. To this day they still get more benefit from it than the African nations themselves because of the unjust laws of a cruel market system. But in addition to this, the economy has been unable to develop or diversify; it has not gone beyond the extraction, transport, and sale of the raw materials. Then afterward we have to buy back these goods at high prices in the markets controlled by others. But it is also the result of mismanagement and theft in the countries themselves. What little is left in the country is not managed for the good of all citizens, but according to the wants and whims of those who flaunt the power of the State and its elected representatives. 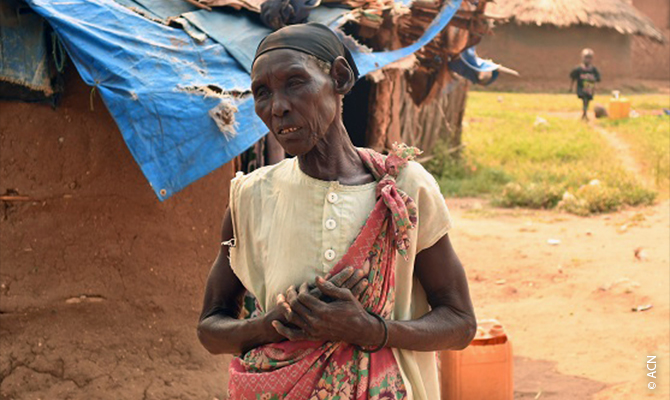 Some of ACN’s project partners complain of a “social subjection” in relation to their culture. Many, including even the international aid agencies, impose conditions on them designed to change the “Weltanschauung”, the way of life of the African people … Is this true?

Yes, it is a form of cultural violence exerted by external powers and interest groups who deny the deep-rooted African cultural values with the aim of imposing ideologies that are alien to us and very often contrary to the natural law. This happens principally in matters relating to life and the family, using powerful economic, diplomatic, political, and cultural pressure, and it is likewise an anthropological violence because it deprives us of the right to freely determine our lives, a right which belongs to every human being. I believe this is the principal legacy of the slave trade, which transformed Africa into a veritable hell and in which black people have suffered centuries of denigration, not merely from outside, but also from a sort of “auto-racism” through the interiorization by the African himself of his condition of being “less than human”.

In the midst of this sad picture of Africa, how are we to summarise the role of the Catholic Church during these past 60 years?

I believe the Church is the institution that functions better than any other. Despite the failings and the difficulties, it is the only one of all the institutions inherited from the West that actually functions. In many places, such as the Democratic Republic of the Congo, for example, you could say that the Church is the State, without which there would be no life, no hope, no future… And this can be seen in many areas, notably in the field of education and healthcare. In the absence of a State that looks out for the education and health of its people, the Church is responsible for around 50% of all the schools, formation centers, hospitals, and health centers, among them the best in the country, but at the same time often the only ones that exist at all those towns and villages forgotten by the State. 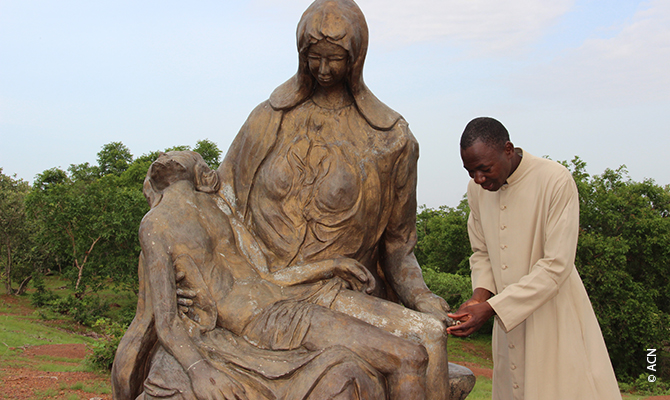 What are the difficulties that the Church has to confront today in this respect?

The Catholic Church is carrying out its pastoral and social work in the face of a situation of internal fragility and external hostility which constantly threaten to undermine or ruin its work. We suffer an internal fragility on account of the laity, who have little sense of commitment to their secular vocation, while all the social commitment of the Church rests on the bishops and the episcopal conferences, and this weakens her. Additionally, we lack the material resources and depend on generosity from outside, for without this help the African Church would be unable to survive and serve. Finally, we are facing a situation of fierce religious competition on the part of the evangelical sects and we are decreasing demographically because we have not succeeded in renewing our approach to the Christian apostolate.

You also mentioned external hostility. What were you referring to by this?

By means of her social work, the Church threatens many private interests and for this reason, undermining her influence is the objective of many of them, especially the politicians. As a result, the Church is inconvenient, hated, and even persecuted by some states which, rather than facilitating her work, instead try to silence her voice, using violent and intimidatory methods to suppress every expression of criticism.

One of the strategies used to weaken the Church is by creating division among Christians, and the other is fomenting corruption of the “religious world” through the multiplication of new Christian churches, many of which are pure moneymaking schemes. In the case of the Democratic Republic of the Congo, over the past 30 years the state has granted juridical personality to around 17,000 so-called Christian churches, or to put it another way, an average of three new churches have been created every two days. They’re trying to do the same thing with the social promotion of Islam by the State.

In the midst of this so very gloomy picture, where should our reflection take us? What can we do in order not to be a part of the problem but rather a part of the solution?

Only a Church that is faithful to Christ and to the Gospel, through contemplation, humility, service, exemplary behavior and commitment on the part of all its members can be equal to its spiritual mission within society. It is the one thing that Christ asks of the Church, so that she may be the temple and instrument of his love and his grace.

The post 60 Years of Independence: the Catholic Challenge in Africa appeared first on ZENIT – English.